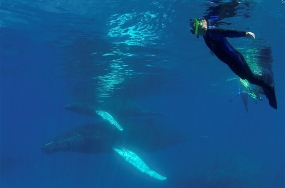 Local farmers, amateur birdwatchers and bird researchers have witnessed an unusual and at times disturbing phenomenon recently as huge numbers of snowy owls (Bubo scandiacus) are migrating south from the Arctic and being seen as far south as Missouri. Such are the increasingly large numbers of this majestic owl species that it is being described as a “mass migration”

The most significant wildlife event in decades

Denver Holt, head of the Owl Research Institute based in Montana has been studying this iconic owl species in their Arctic Tundra range for 20 years and recently described this phenomenon as “unbelievable” and the “most significant wildlife event in decades”. Many thousands of these large owls, which as an adult, stand 2ft tall and have a wingspan of 5ft have been observed in places as far apart as Montana, Missouri and Massachusetts.

This rare, mass southerly migration, known as an irruption is probably linked with their key food source lemmings according to owl biologists. The breeding period for snowy owls in the Tundra stretches from May to September and the previous season saw a plentiful supply of this small, hamster-like rodent which resulted in larger than normal clutch sizes among breeding pairs of snowy owls. More importantly, the number of young birds successfully fledged doubled resulting in a much larger population of snowy owls in the Arctic Tundra this year and much greater competition for food at the onset of winter. It is thought this has resulted in the younger animals, probably mainly males, heading south in search of food.

This irruption has been welcomed by many small local economies as birders from all over the US have been descending on remote communities in search of this usually illusive and due to the remote areas in which they live, difficult to view birds. The remoteness of the Arctic range of this bird also hamper research efforts so the factors influencing breeding cycles and juvenile mortality in this species are, on the whole, poorly understood.

Although many conservationists welcome the increased prevalence of these birds many individual birds are showing signs of poor nutrition and even starvation in some cases. It also brings them into contact with man where the consequences for the owl and man may be disastrous. Reports were received of a bird landing at an airport inHawaiiwhich had to be killed to avoid collision with planes.

In spite of the periodic irruptions of this species the population of snowy owls world wide is judged to be in decline. Holt suggests this is “…possibly because a changing climate has lessened the abundance of vegetation like grasses that lemmings rely on…”