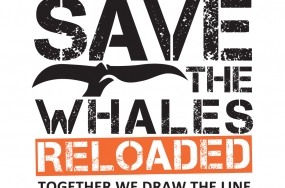 ‘Save the Whales: Reloaded’ forms new global community HISTORIC ALLIANCE OF LEADING ENVIRONMENTAL GROUPS PLEDGE NEW ACTIONS TO PROTECT WHALES AND DOLPHINS A new global community has been formed to protect whales and dolphins across the world’s oceans. The alliance was announced following the World Whale Conference held last week at the Hilton...  READ MORE

Staying in beach front Tongan fales on the fabulously beautiful, six and a half acre, south Pacific Island of Mounu, part of the Vava’u archipelago, within The Kingdom of Tonga we have access to one of the most unique encounters with wildlife on the planet; snorkelling with humpback mothers and their calves; a life changing opportunity not to be missed. With visibility in these waters usually being in excess of 100ft watching calves playing around their 40 tonne mothers is a magical moment. Some of the most spectacular encounters can be when animals approach closely to our boats. Other behaviours we may see from this charismatic species are breaching, tail fluke lobbing, pectoral fin slapping, spy hopping, logging or resting at the surface and heat runs when, sometimes more than one male may be attempting to mate with a female that has come back into season.