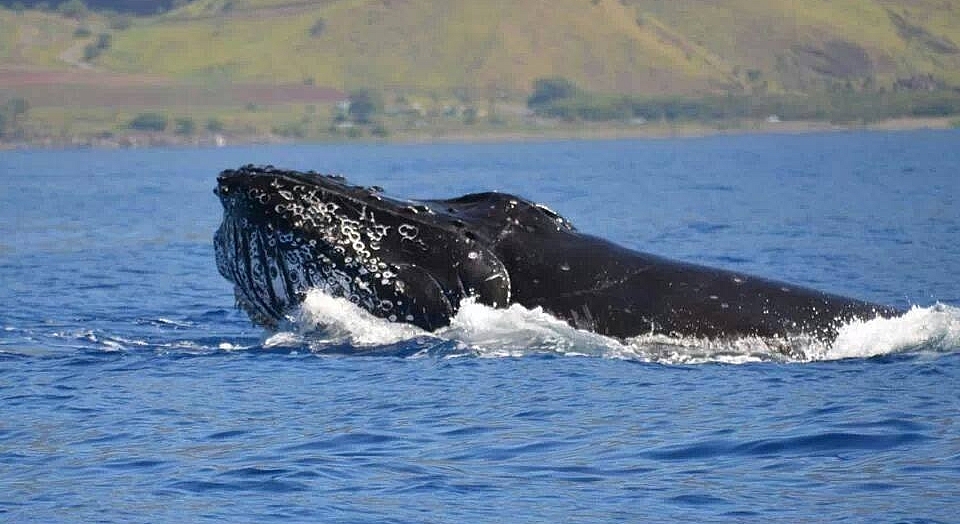 The Mountains and Islands of Baja California Sur The Humpbacks of the Moloka’i Channel, Maui, Hawaiian Archipelago.

The Pacific islands that comprise the Hawaiian archipelago of Maui, Moloka’i, Lana’i and Kahoolawe are the visible rim of an extinct volcano. The seas between the islands fill a volcanic caldera.

Dominated by the brooding presence of the 10,000ft high extinct volcano Haleakala these warm and relatively shallow seas provide sanctuary to around 1,500 Pacific humpback whales. These animals travel over 3,000 miles from their feeding grounds off Alaska and the Aleutians Islands to give birth and nurse their young in this Pacific paradise. Non pregnant females and males frequently make this migration as well and as the males outnumber females three to one competition for receptive females is fierce. 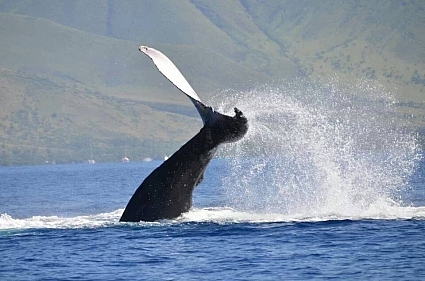 Against the backdrop of the volcanic West Maui mountains, where the characteristic red volcanic spurs descend almost to the sea, this annual drama has been played out since the time man’s arboreal ancestors first swung out of the trees and stood upright on two legs. The adult animals who attend this unique gathering exhibit the full range of behaviours you would expect from animals whose primary reason for being there is to procreate or nurture their young. Many non breeding animals of this north east Pacific population will overwinter along the Alaskan coast and south of the Aleutian Islands. It is to these sun kissed and tranquil Pacific islands that Whales Worldwide run a whale watching expedition every February. This tour is about seeking out those animals that are taking part in this cetacean “festival of whales” and exhibiting behaviours you will rarely see at other locations. We use local experienced boat captains and special craft for this unique experience. 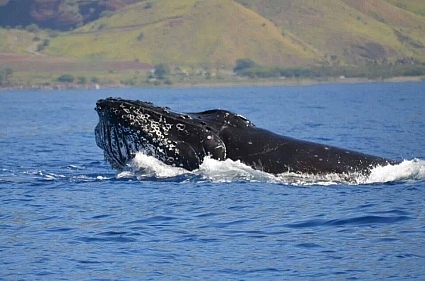 Behaviours range from the quiet mother and calf pairs lying on the surface following suckling (only the calves feed during the whales Hawaiian sojourn, adults survive on their fat reserves) to the breaching of fast growing young animals and the male competition pods. The young “teenagers” as they are known; before they put on too much body weight; are able to launch themselves completely clear of the water in these boisterous bouts of joie de vive. Known locally as “flying pickles” these young animals, once they have reached the critical body mass necessary to survive the long migration north to their Alaskan feeding grounds are too heavy for full length breaches clear of the water. Their rapidly increasing bulk and girth prevent them from launching much more than two thirds of their bodies out of the water. Breaching behaviour is one of the characteristics for which the charismatic humpback whale has become justly famous. There are few better places to observe this than in Maui. 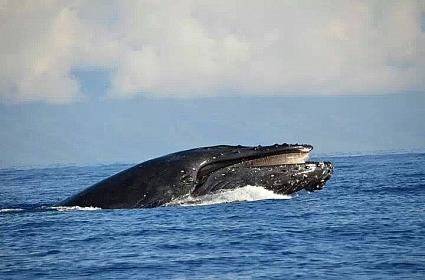 Perhaps the most spectacular characteristic of the amazing humpbacks whales of the Moloka’i channel is the male heat runs or competition pods as they are frequently known. When a group of males compete for mating rights with an available female or a primary female escort is fending off potential suitors, then the fun starts. Dramatic behaviours like bull frogging, peduncle slaps, head slaps, motor boating and body barging are just some of the tactics a love hungry male humpback whale will employ to get noticed. The females can be remarkably indifferent to these sometimes quite violent bouts that have been known to draw blood. Interestingly these sessions of overtly aggressive behaviour can end as quickly as they begin.

Whales Worldwide run annual tours to this Pacific paradise in February each year specifically to watch and photograph these magnificent animals, among the largest baleen whales in the oceans. Hunted almost to extinction in the bad old days of unregulated commercial whaling the humpback whale has made a remarkable comeback. Recently delisted from endangered status due to this recovery they now enjoy protection throughout the Pacific but are still considered a threatened species. Currently, threats to these ocean giants include ship strike and entanglement in discarded and static fishing gear. Perhaps the greatest threat, as yet undocumented, will be the impact climate change has on their primary food source. For the moment though these charismatic whales attend the “festival of whales” in Maui each year and afford us some of the finest whale watching in the world.

” … A year ago my wife and I decided to fulfil a lifelong dream to see whales. After a bit of research she found a (web) site called Whales Worldwide. She spoke with the Director (Dr.Nic Slocum) who offered a number of options regarding the various locations to see these magnificent animals. The dilemma was whether to go toLoreto to see Pacific gray whales and possibly blue whales, or to Maui to see humpbacks. After a bit of deliberation we decided to do both, after all there are no guarantees, just best case opportunities based upon the experiences of professionals. By doing both we were in effect increasing the likelihood of seeing something. Nic has only a small business and  I had doubts about using a company who were not a high street brand, but let me tell you that these doubts were totally baseless… … For us it was all about whale watching, we did not want to do anything else. We went for two weeks. The first week we went to Loreto on the Baja Peninsula, stayed in a great Hotel (La Mision Hotel) and  for 5 of the 7 days we went on boats whale watching. This tranquil picture taken from our hotel room (over The Sea of Cortez) could not have prepared us for the events of the following days… 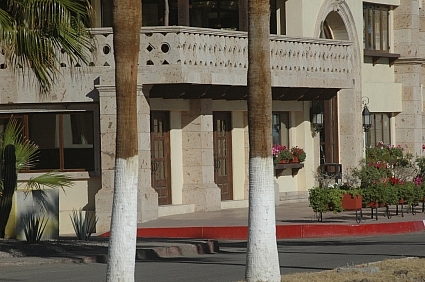 … In Loreto Marine Park we saw blue whales, not just once, but many, many, times. We also saw grays on the Pacific coast. In both cases these magnificent animals came along side the boat. What could be better. As Nic said to us right from the start there are no guarantees in nature, but we were in 7th Heaven. We also saw fin whales a humpback and bottlenose dolphins, aside from an array of other wildlife on Coranado Island. Here is just one of many photos I took of a blue whale. It was an unbelievable experience, and one that everyone should do at least once before they die. So at the end of week one we were very dejected at the thought of not seeing any more blue whales and really wished we could stay on in this idyllic location. After all what could be better? Well perhaps Maui would bring us good fortune also… 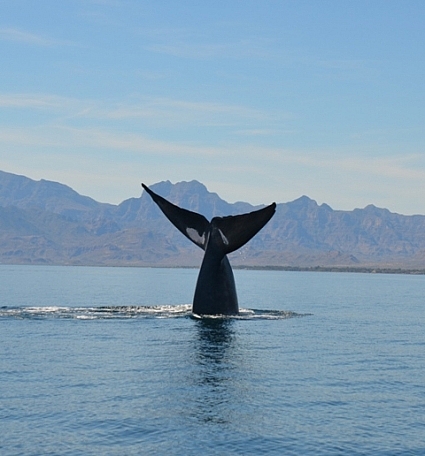 … What an understatement! As tranquil as Loreto was, along with its whales and people; welcome to Maui. The place is vibrant but not overly excessive, except the whale encounters – they were full on! Exciting and totally unpredictable, in a lovely way, but they really take your breath away. Again, Nic delivered on his predictions and on this part of the tour, he was so accommodating, it was beyond our expectations. He changed the planned tour to suit us and we went out every day to see … well…. take a look for yourself. It was nothing other than mind blowing.

Go with an expert, I am sure there are many, but the flexibility, knowledge, reliability, and professionalism offered by Whales Worldwide and Dr Nic Slocum, was second to none. Thank you so much Nic for turning our dreams into a reality … ”

[[NB. Colin Beall and his wife Sarah joined us on the 2014 tours to Baja and Maui and wrote this blog post and testimonial. The images were all taken by Colin except La Mision Hotel and the humpback underwater and are reproduced here with his kind permission]]